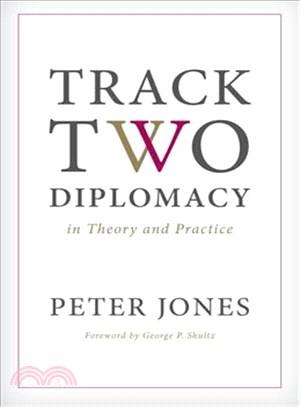 Track Two Diplomacy consists of informal dialogues among actors such as academics, religious leaders, retired senior officials, and NGO officials that can bring new ideas and new relationships to the official process of diplomacy.

Sadly, those involved in official diplomacy often have little understanding of and appreciation for the complex and nuanced role that Track Two can play, or for its limitations. And many Track Two practitioners are often unaware of the realities and pressures of the policy and diplomatic worlds, and not particularly adept at framing their efforts to make them accessible to hard-pressed officials. At the same time, those interested in the academic study of Track Two sometimes fail to understand the realities faced by either set of practitioners.

A need therefore exists for a work to bridge the divides between these constituencies and between the different types of Track Two practiceand this book crosses disciplines and traditions in order to do just that. It explores the various dimensions and guises of Track Two, the theory and practice of how they work, and how both practitioners and academics could more profitably assess Track Two. Overall, it provides a comprehensive picture of the range of activities pursued under this title, to provoke new thinking about how these activities relate to each other, to official diplomacy, and to academe.
Peter Jones is Associate Professor in the Graduate School of Public and International Affairs at the University of Ottawa, and an Annenberg Distinguished Visiting Fellow at the Hoover Institution.
PrevNext