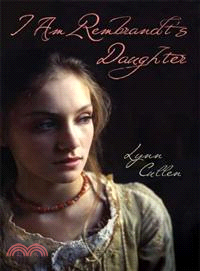 With her mother dead of the plague, and her beloved brother newly married and moved away, Cornelia van Rijn finds herself without a friend or confidante--save her difficult father. Out of favor with Amsterdam's elite, and considered brash and unreasonable by his patrons, Rembrandt van Rijn, once revered, is now teetering on the brink of madness. Cornelia alone must care for him, though she herself is haunted by secrets and scandal. Her only happiness comes in chance meetings with Carel, the son of a wealthy shipping magnate whose passion for art stirs Cornelia. And then there is Neel, her father's last remaining pupil, whose steadfast devotion to Rembrandt both baffles and touches her. Based on historical fact, and filled with family dramas and a love triangle that would make Jane Austen proud, I Am Rembrandt's Daughter is a powerful account of a young woman's struggle to come of age within the shadow of one of the world's most brilliant and complicated artists.
LYNN CULLEN is the author of several picture books and novels, including Moi and Marie Antoinette. She lives in Atlanta, Georgia. Visit her at www.lynncullen.com.
PrevNext