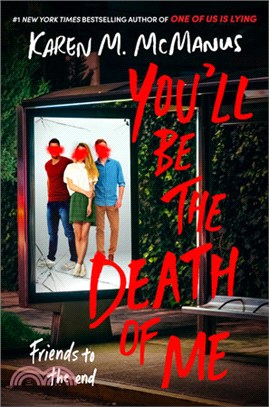 One of Us is Lying作者懸疑新作。曾經的親密好友偶然一同翹課，真的只是巧合嗎？故事在三名個性迥然的主角間展開，一名慘遭謀殺的學生讓平淡的一天急轉直下，三人都與受害者有關聯，各自懷藏不能說的秘密…

From the author of One of Us Is Lying comes brand new pulse-pounding thriller. It's Ferris Bueller's Day Off with murder when three old friends re-live an epic ditch day, and it goes horribly--and deadly--wrong.

Ivy, Mateo, and Cal used to be close. Now, all they have in common is Carlton High, and the beginning of a very bad day.
Type A Ivy lost a student council election to the class clown, and now she has to face the school, humiliated. Heartthrob Mateo is burned out--he's been working two jobs since his family's business failed. And outsider Cal's sort-of new girlfriend just stood him up . . . again.

So, when Cal pulls into campus late for class and runs into Ivy and Mateo, it seems like the perfect opportunity to turn a bad day around. They'll ditch and go into the city. Just the three of them, like old times. Except, they've barely left the parking lot before running out of things to say.

At least, they don't until they spot another Carlton High student skipping school--and follow him to his own murder scene. In one chance move, their day turns from dull to deadly. And it's about to get worse.

It turns out Ivy, Mateo, and Cal still have some things in common. They all have a connection to the dead kid. And they're all hiding something.

Now they're all wondering--could it be that their chance reconnection wasn't by chance after all?