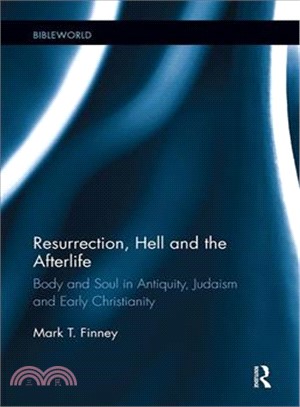 This book begins by arguing that early Greek reflection on the afterlife and immortality insisted on the importance of the physical body whereas a wealth of Jewish texts from the Hebrew Bible, Second Temple Judaism and early (Pauline) Christianity understood post-mortem existence to be that of the soul alone. Changes begin to appear in the later New Testament where the importance of the afterlife of the physical body became essential, and such thoughts continued into the period of the early Church where the significance of the physical body in post-mortem existence became a point of theological orthodoxy. This book will assert that the influx of Greco-Romans into the early Church changed the direction of Christian thought towards one which included the body. At the same time, the ideological and polemical thrust of an eternal tortuous afterlife for the wicked became essential.

Mark Finney is Lecturer in Religion in the Department of History at the University of Sheffield. My recent publications include, Honour and Conflict in the Ancient World (T&T Clark, 2012). My research interests include: concepts of afterlife in Jewish and Christian traditions and conflict and violence in the Abrahamic faiths.
PrevNext