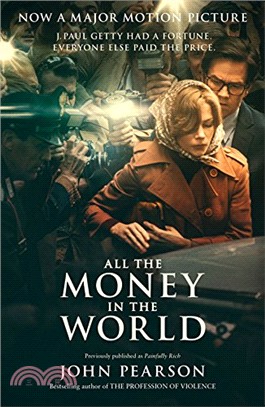 Inspired by the fortunes and misfortunes of the Getty family, whose most extraordinary and troubled episode - the kidnap and ransom of grandson Paul Getty - is now a major motion picture, directed by Ridley Scott, from a screenplay written by David Scarpa and starring Michelle Williams, Christopher Plummer and Mark Wahlberg. When sixteen-year-old Paul Getty was kidnapped, the news exploded worldwide. But his grandfather, J.

Paul Getty, the richest living American, refused to pay the ransom, oblivious to his sufferings. And as the days dragged painfully on, it was Paul's distraught but determined mother Gail who was left to negotiate with his captors... In this full biography of the Getty family, John Pearson traces the creation of their phenomenal wealth and the ways in which it has touched and tainted the lives of various generations.

Packed with colourful characters, bitter feuds and unexpected turns, it is a riveting insight into the lives of the super-rich. Previously published as Painfully Rich. Motion Picture Artwork (c)2017 CTMG.