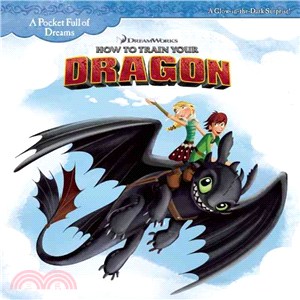 This storybook format is perfect for snuggling at bedtime or anytime! Read with your young dreamer as Hiccup, a Viking, befriends Toothless, a rare and powerful dragon. Can they show everyone in Berk that Vikings and dragons can live together peacefully? Based on the hit animated film, How to Train Your Dragon.

This new series presents retellings of popular DreamWorks stories meant for young readers. Flip to the final page and you will discover a beautiful illustration with a glow-in-the-dark feature to wish you and your little one a goodnight.
Devra Newberger Speregen lives in East Northport, NY. Andrew Phillipson lives in Valencia, CA. Susan Saroff lives in Edgewater, NJ. DreamWorks Animation SKG creates high-quality family entertainment, including computer-generated (CG) animated feature films, television specials and series and live entertainment properties. The Company has theatrically released a total of 27 animated feature films, including the franchise properties of Shrek, Madagascar, Kung Fu Panda, How to Train Your Dragon, Puss In Boots and The Croods. DreamWorks Animation is based in Glendale, CA.
PrevNext