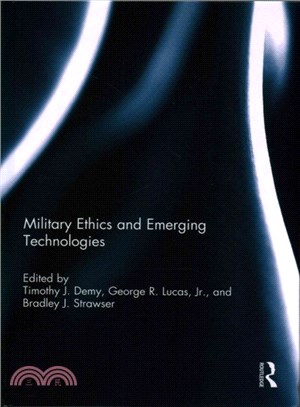 This volume looks at current and emerging technologies of war and some of the ethical issues surrounding their use. Although the nature and politics of war never change, the weapons and technologies used in war do change and are always undergoing development. Because of that, the arsenal of weapons for twenty-first century conflict is different from previous centuries. Weapons in today’s world include an array of instruments of war that include, robotics, cyber war capabilities, human performance enhancement for warriors, and the proliferation of an entire spectrum of unmanned weapons systems and platforms. Tactical weapons now have the potential of strategic results and have changed the understanding of the battle space creating ethical, legal, and political issues unknown in the pre-9/11 world. What do these technologies mean for things such as contemporary international relations, the just-war tradition, and civil-military relations?

Directed at readers in the academic, scientific, military, and public policy communities, this volume offers current thought on ethics and emerging technologies from internationally-recognized scholars addressing the full spectrum of issues in present warfare technology. It includes current and ongoing topics of multi-discipline and international interest, such as ethics, law, international relations, war studies, public policy, science and technology.

This book was originally published in various issues and volumes of the Journal of Military Ethics.

Timothy J. Demy, Th.D., Ph.D. is a Professor of Military Ethics at the US Naval War College in Newport, Rhode Island.

Bradley J. Strawser, Ph.D. is an Assistant Professor of Philosophy in the Defense Analysis Department at the US Naval Postgraduate School in Monterey, California.