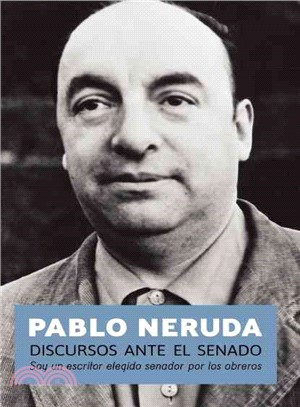 One of the leading poets of his time, Nobel laureate Pablo Neruda is not so well known for his political activism and his period as a Chilean senator (1945?48). This book contains some of his most eloquent political speeches, including his famous 1948 speech, "I accuse," which denounced the political repression and the banning of the Communist Party.

Always viewing himself as representing Chilean working people, Neruda devoted himself to speaking out against injustice and imperialist interference in his country. Neruda fled into exile in 1948, only to return in 1971 during the government of President Salvador Allende.

Pablo Neruda (1904?1973), the Chilean poet, was among the most outstanding intellectuals of his time. He was elected to the Chilean Senate (1945-48) as a member of the Communist Party. He won the Nobel Prize of Literature in 1971.
Among his most famous works are Veinte poemas de amor y una cancion desesperada (1924) and Canto general (1950).
PrevNext