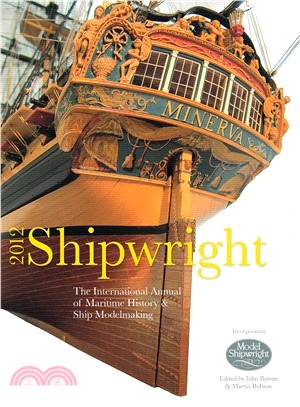 An essential resource for any dedicated ship modeler or maritime enthusiast, this full-color annual--lushly illustrated with modelmakers' own photographs, archival plans, prints, and artworks--celebrates forty years of Shipwright and Model Shipwright. The 20 articles in Shipwright 2012 focus on every facet of from-scratch model shipbuilding, including new research and builds, plus sections on Modeler's Draughts, Book News, and a Readers' Gallery.
John Bowen is the author of several acclaimed titles for Conway Maritime Press and has been at the helm of Model Shipwright since its launch in 1972.
Martin Robson is a distinguished military, naval, and maritime historian. He completed his PhD at King's College London, and is a former Caird Senior Research Fellow at the National Maritime Museum, Greenwich. His published work includes The Battle of Trafalgar and, with Malyn Newitt, Lord Beresford and British Intervention in Portugal, 1807-1820. His articles have appeared in numerous magazines and journals.
PrevNext