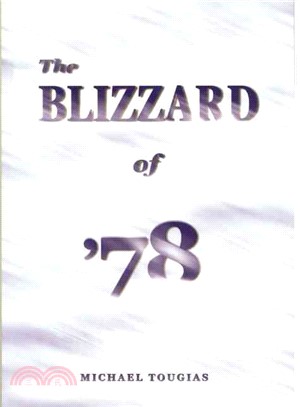 New England was knocked to its knees on February 6th and 7th, 1978, by the incredible snow and wind referred to locally as the worst storm of the century, and this history combines stunning photographs with riveting text to reawaken memories of the "Blizzard of '78." Chronicling the period before the storm, the book then follows it through its progression, as it caused commuter nightmares and wreaked devastation. From Cape Cod to Connecticut, from Rhode island to Route 128, it explains how people survived the storm by spending more than 48 hours in their cars, and how coastal homes were torn from their foundations and smashed to smithereens by the vicious surf. The book records the brighter sides of the blizzard too, including neighborhood parties, cross-country skiing down abandoned highways, and the many ways that people pitched in to help total strangers. Intriguing analysis also compares the Blizzard of '78 with the Great Blizzard of 1888. This book will be cherished by anyone who survived the Blizzard of '78, as well as those spellbound by its legend.

Michael Tougias is the bestselling author of 20 books on New England, including 10 Hours Until Dawn, Exploring the Hidden Charles, Fatal Forecast, The Finest Hours, Good Night Vermont, Quabbin: A History and Explorers Guide, River Days: Exploring the Connecticut River, and There's a Porcupine in My Outhouse. He lives in Franklin, Massachusetts.